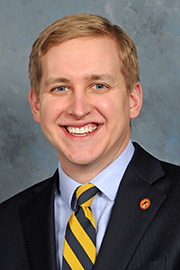 Rep. Tom Demmer (R-Dixon) wants Illinoisans to reject the concessions made to Chicago Public Schools (CPS) in Senate Bill 1, he said on his website recently.

Instead, he is encouraging support for an alternative education spending distribution plan put forth by Gov. Bruce Rauner and Republican lawmakers.

According to a data table published on Illinois.gov, the alternative plan to SB1 keeps the same evidence-based funding formula for different districts but redistributes some of the funding currently directed toward CPS. SB1 would see CPS receive its tier funding, 2018 pension pickup funding and its block grant, while Rauner’s plan removes the block grant funding and spreads the money to schools throughout the state.

"We need to #FixSB1 and ensure that we have a school funding formula that is fair to all school districts, not one that gives special preference to Chicago Public Schools alone,” Demmer said in his statement. “…Our plan results in better funding for every single school in our area!"

Data also show schools in District  90 stand to receive an additional $1.11 million under the Rauner plan. Rochelle Community Consolidated District 231 would get the largest additional funding, at more than $240,000, while the median increase for the district would be $52,816.

Want to get notified whenever we write about Illinois Representative Tom Demmer (R-90th) ?

Sign-up Next time we write about Illinois Representative Tom Demmer (R-90th), we'll email you a link to the story. You may edit your settings or unsubscribe at any time.