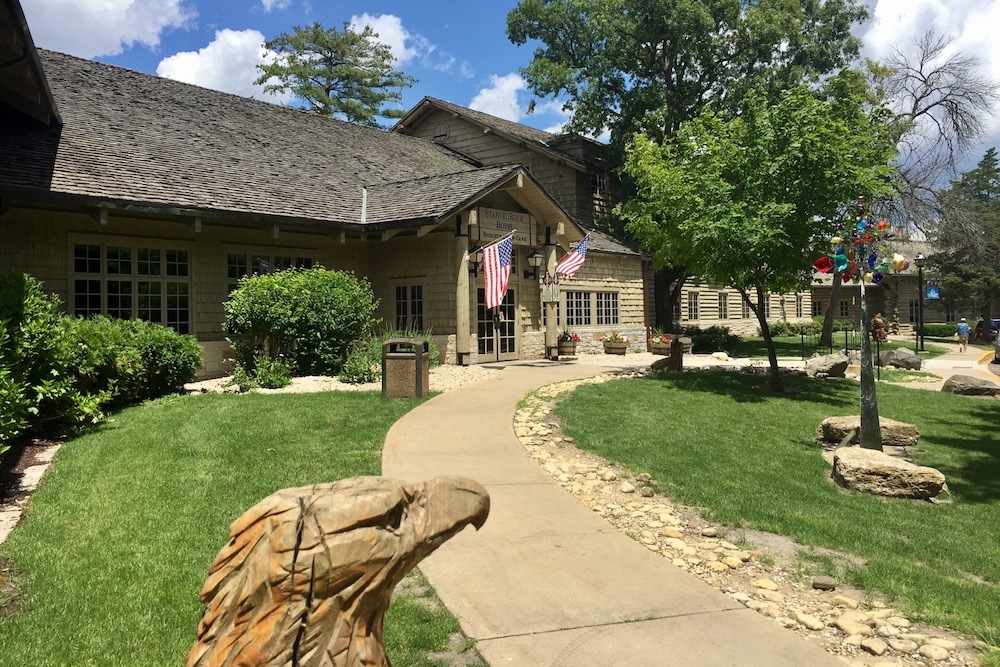 Starved Rock Lodge in Utica has been named one of Illinois' 25 must-see buildings by USA Today and the Illinois Chapter of the American Institute of Architects (AIA), according to the Illinois Valley Area Chamber of Commerce and Economic Development.

The list is part of the paper's initiative to highlight exemplary architecture throughout the country.

According to the paper, the lodge was designed in less than 10 days under the guidance of Joseph Booton, chief of the Illinois Division of Architecture and Engineering, and built with labor from the New Deal's Civilian Conservation Corps. The lodge is nestled in Starved Rock State Park, on a bluff overlooking the Illinois River, and its construction was part of an early 20th century movement to make state parks more accessible to average Americans.

Since its construction, the building has undergone modernizations, but its stone and heavy timber aesthetic traces to the original design, as do many of its furnishings. The lodge earned a spot on the National Register of Historic Places in 1985 and, according to its website, is currently a vibrant venue for Illinois tourism, hosting weddings, shows and business groups.